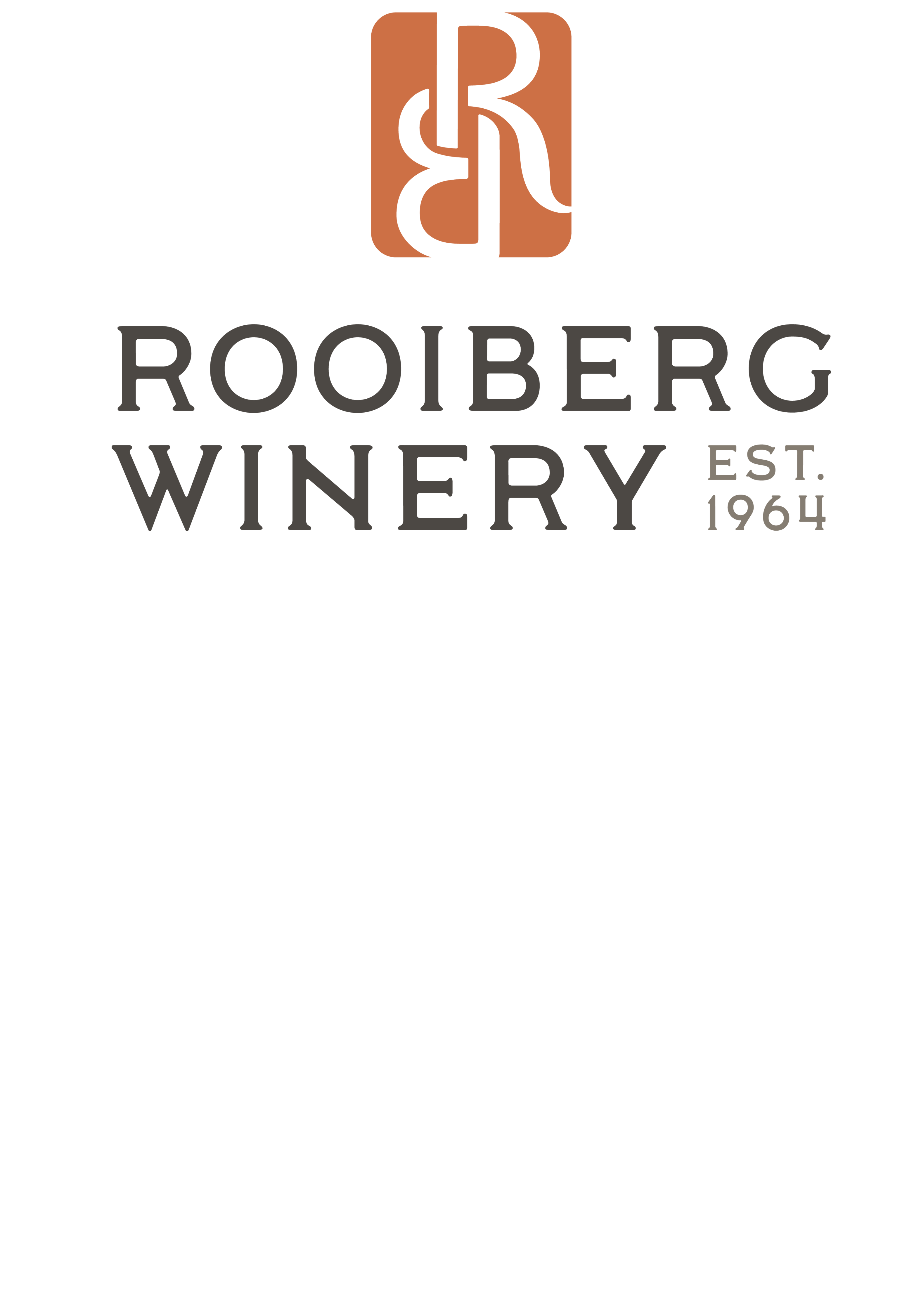 ​
Rooiberg Winery was established on 14 April 1964 and here, at this leading South African wine cellar, with its striking red land art, you’ll find an exciting expression of wine diversity and quality born from a unique set of ecological features.

The story of Rooiberg Winery – situated in the renowned Robertson Wine Valley – is that of a group of pioneering wine farms alongside three rivers surrounding the Rooiberg Mountain, which overlooks the cellar and its source vineyards. These are the Vink, Noree and Breede Rivers – geological features which give rise to extraordinary terroir and originally led to the establishment of these farms at a dependable source of water.

Today a private company with 25 shareholder members who operate 20 farms and with exports to several countries, Rooiberg has shown a remarkable growth spiral following its founding more than half a century ago, as well as the ability to harness nature into excellent wines for the global market. The winery processes an average of 13 500 tons of grapes per year – 65% white cultivars and 35% red cultivars – and its emphasis on quality production has yielded increasing accolades, while at the same time being a leader in clean and green production practices and nature conservation.

​The exuberant land art at the cellar complex, linked to the red symbolism of the cellar’s name, was started in 1997 and the mammoth red chair followed in 2012, the largest of its kind in Africa. It has become irresistible for picture-taking by the constant stream of visitors to the modern tasting room and the adjacent Red Chair Bistro & Deli Restaurant.

​On offer there is a wide spectrum of natural (table), sparkling and dessert wines, expressing the extraordinary terroir-diversity.

​In keeping with its proud tradition, Rooiberg strives to continuously fulfill on the quality of its wines and services.

A SELECTION OF CRAFTED WINE

With the mark of creativity boldly featured on the label, this range ensures we always over deliver on quality. Being the largest range in our portfolio, it offers consumers wines for all occasions. With a reputable heritage and style these wines are always a winner. Fruit driven and delectable.

These iconic Rooiberg wines have been elegantly crafted and matured in French barrels, first and second fill,  with extreme dedication and no expense spared. A multi-award winning range that provides the essence of what our craft entails. Dedicated to showcase the winemakers philosophy and portray our terrior.

Popular and different, comprising a vibrant, fresh, tropical styled Sauvignon Blanc and a lightly coffee styled Pinotage. These wines are sure to always be a crowd pleaser. One of our most popular wines and always a winner for informal enjoyment.

Originally crafted and specially made for Woolworths, we have these wines available under the Rooiberg brand name, ensuring any celebration can be enhanced by some Rooiberg “bubbles”. Be sure to find your favourite one.

With our multi-award winning wine in this range, we will be sure to hit the sweet spot, enjoyed as an elegant pre or post apéritif. Rooiberg Muscadal has also reached iconic status and will continue to impress.

Made to the very strict and particular Woolworths criteria. These fresh, crisp products are available under the Rooiberg brand name and will always be refreshing and tasty. With a complex balance of sugar from careful preparation, these products are sure to impress and provide a great alcohol free alternative.

Inspired by Mother Nature’s majesty, The Game Reserve is proudly brought to you by Rooiberg, the new custodian and owner of this unique range of wines. Each wine in The Game Reserve range celebrates the unique indigenous animal and plant species nurtured within this haven of biodiversity. For each bottle sold, a contribution is made towards the Wilderness Foundation. 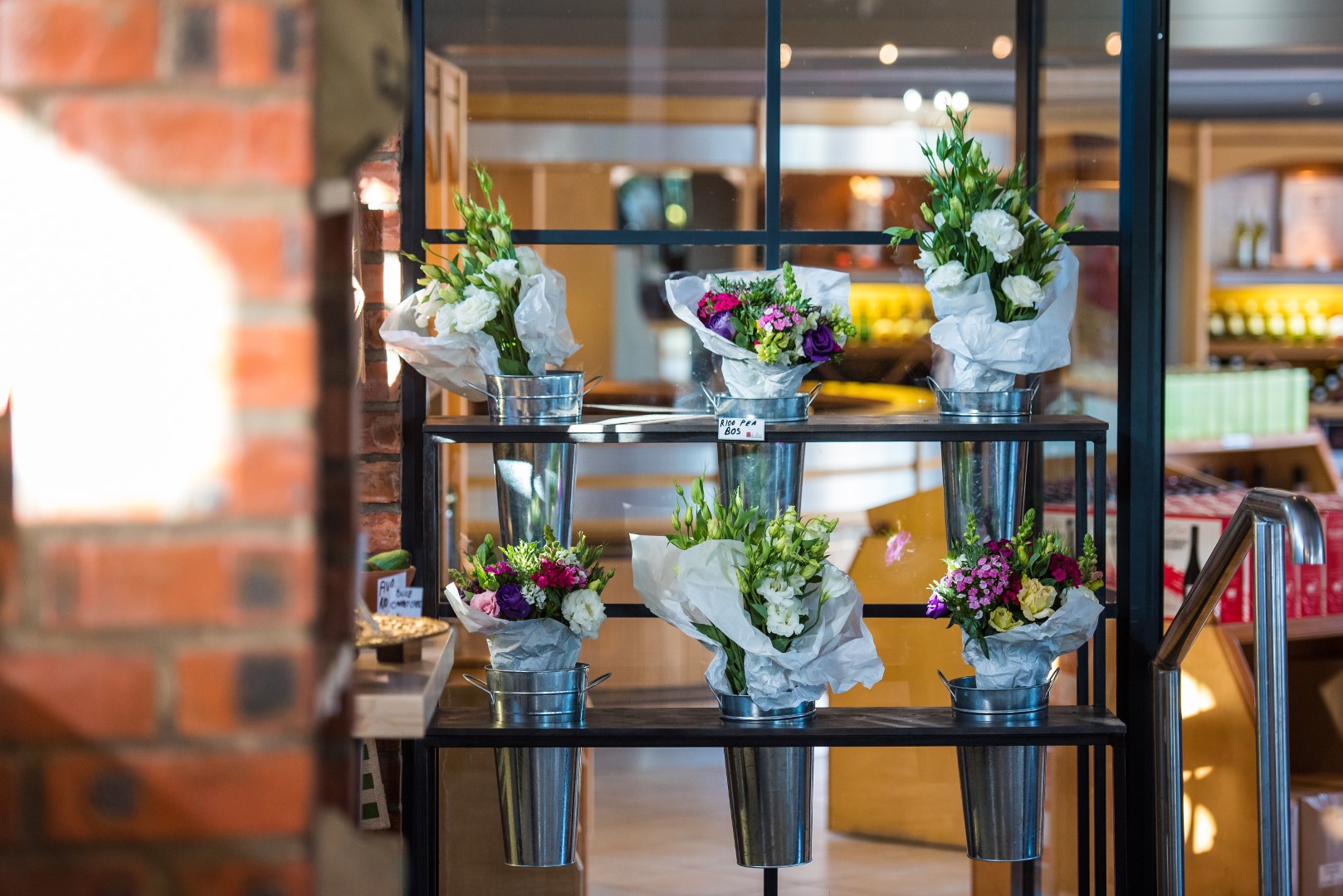 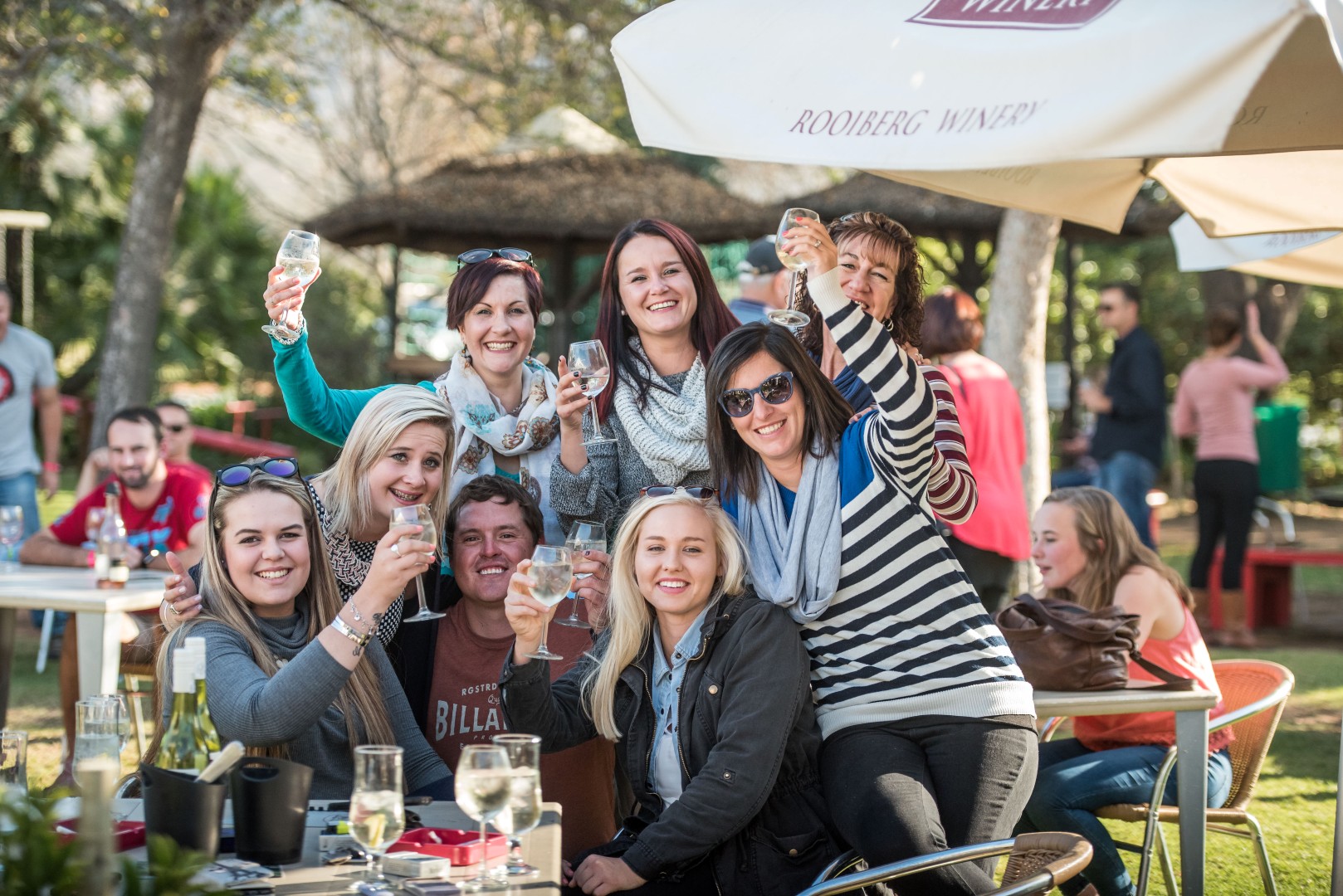 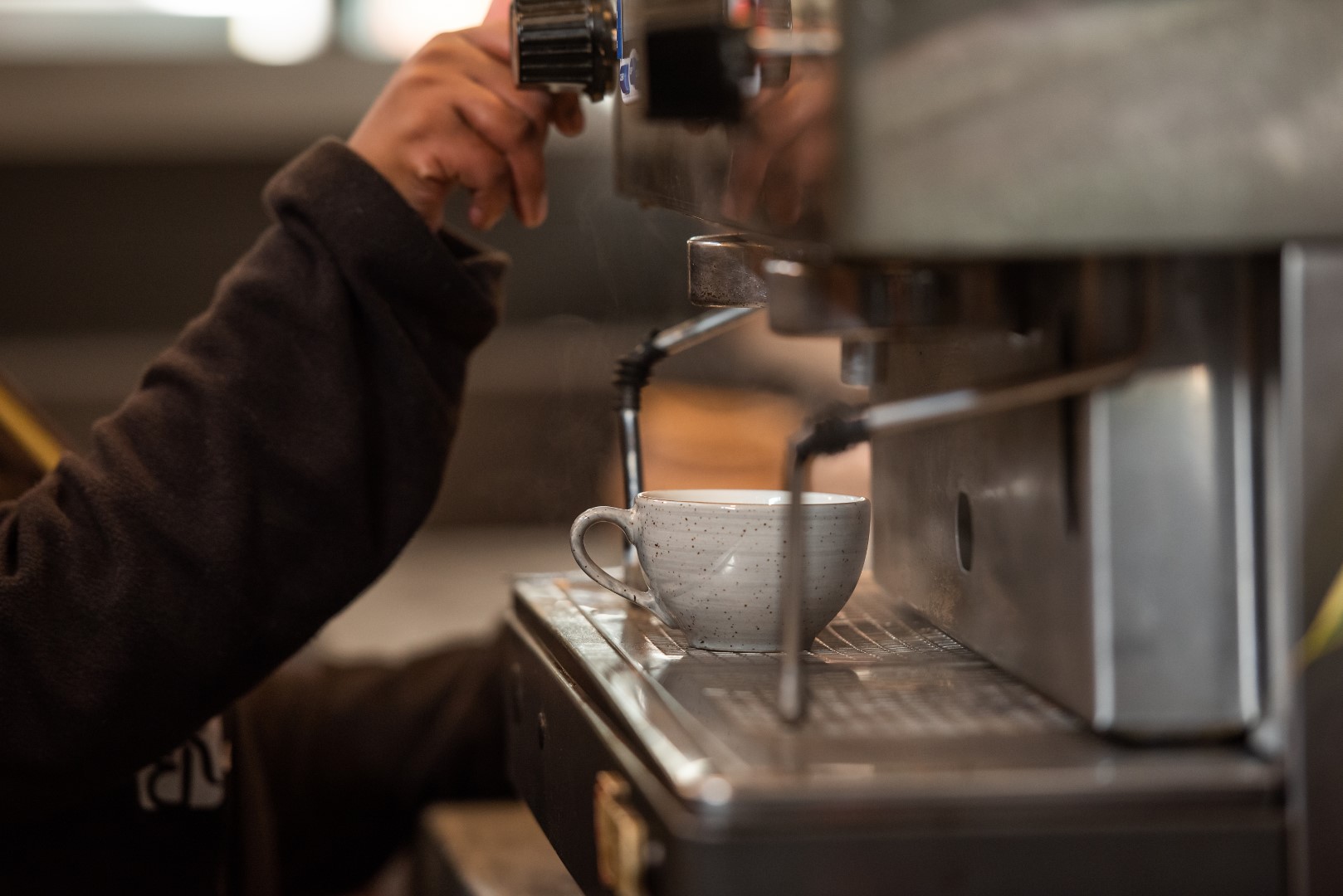 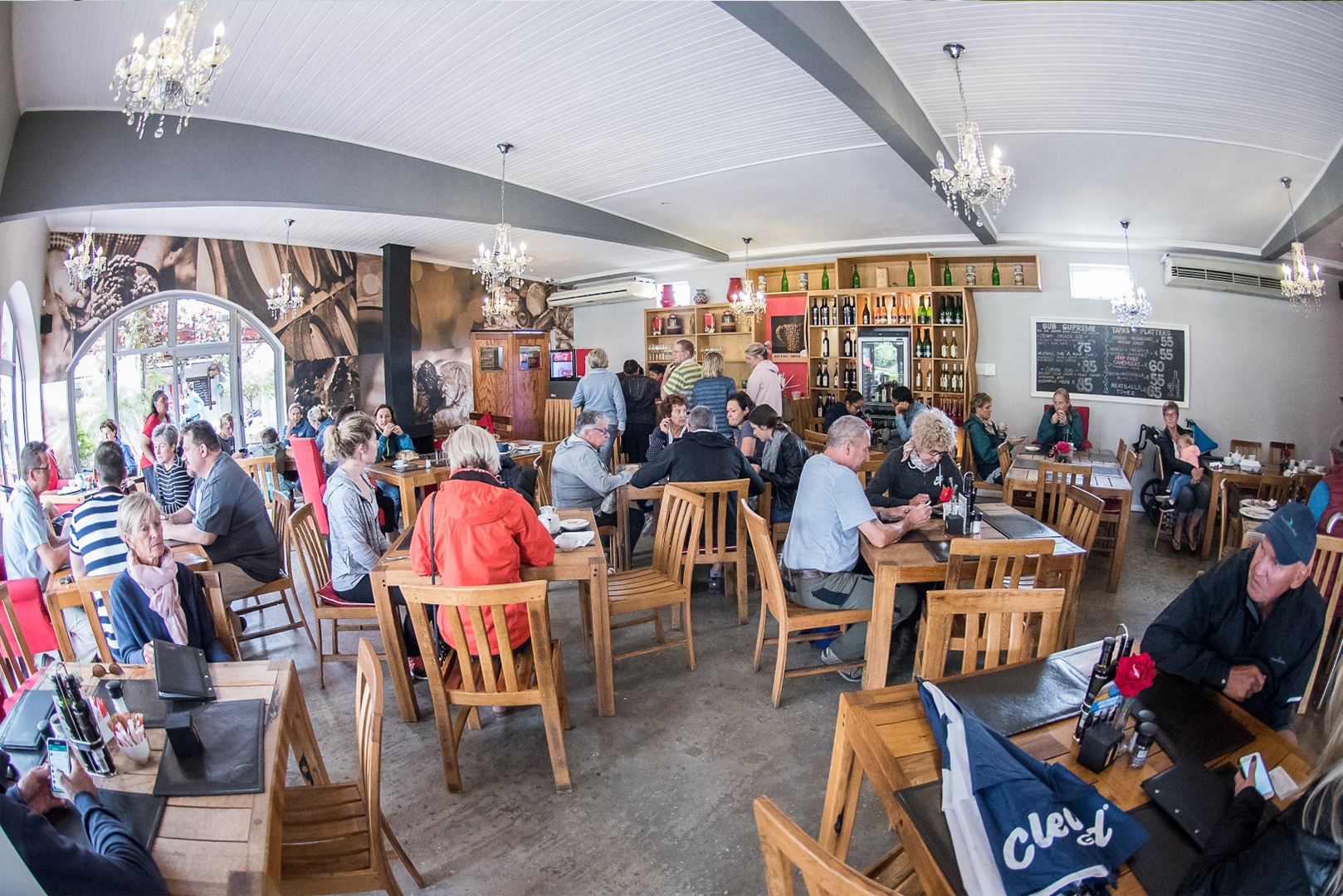 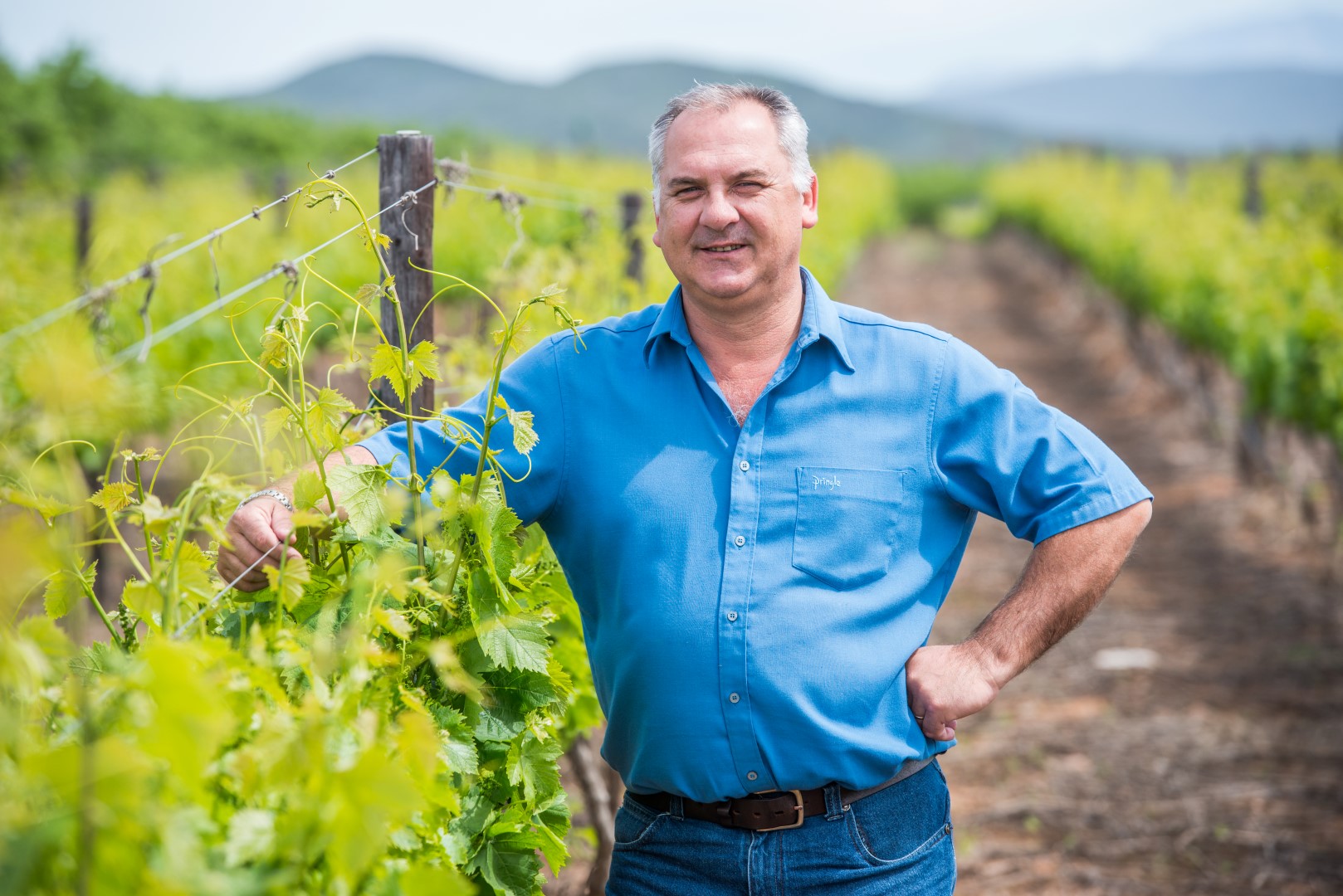 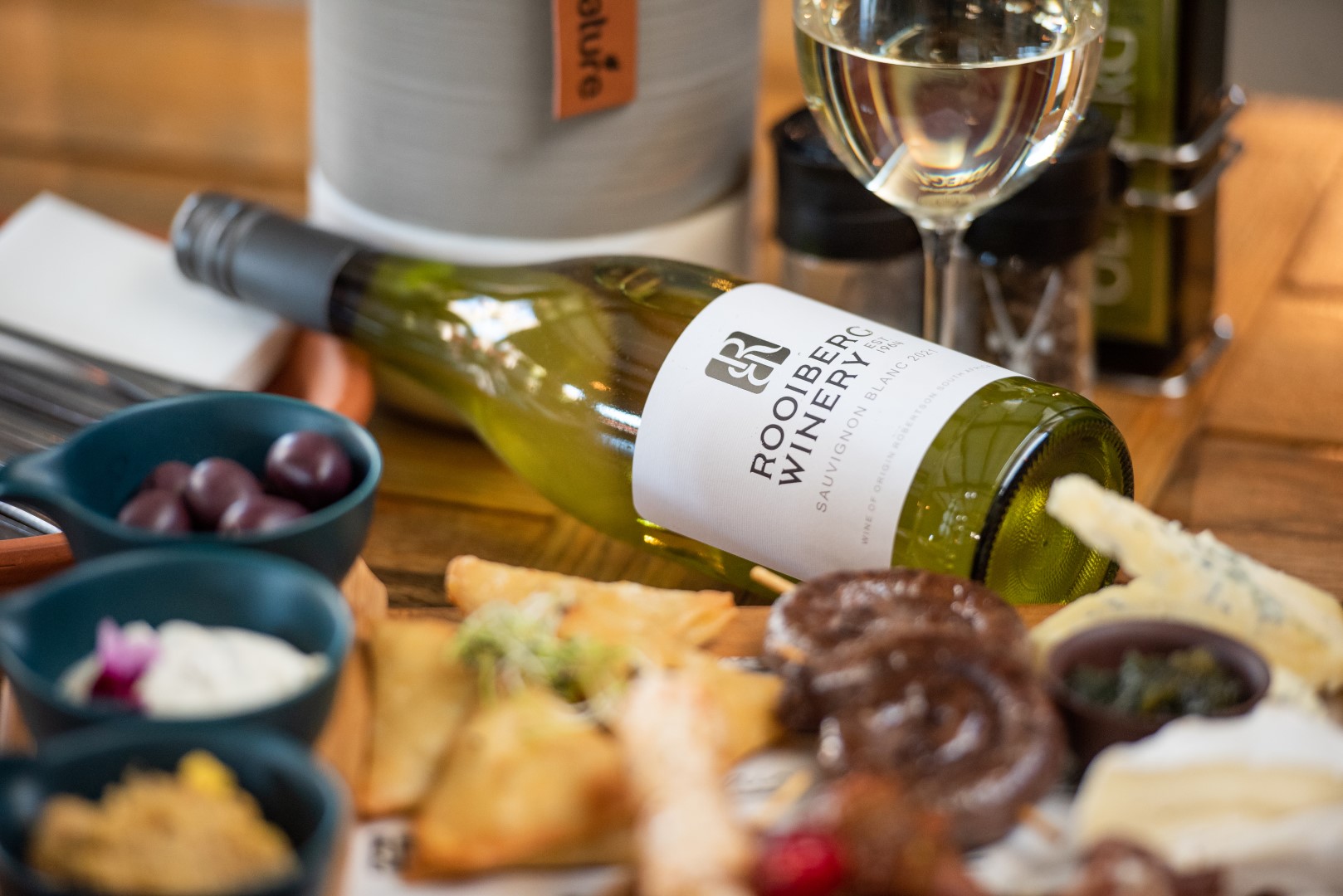 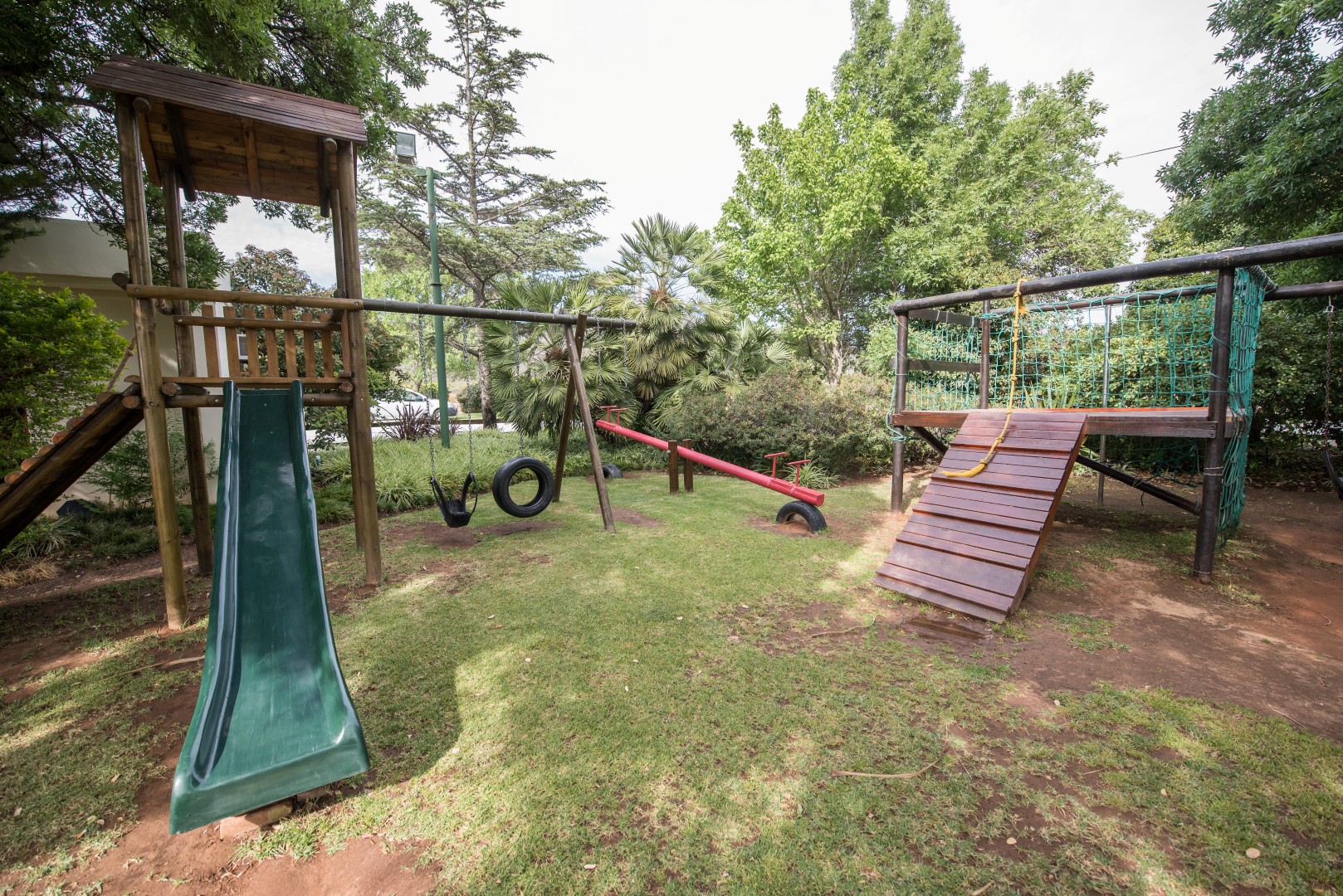 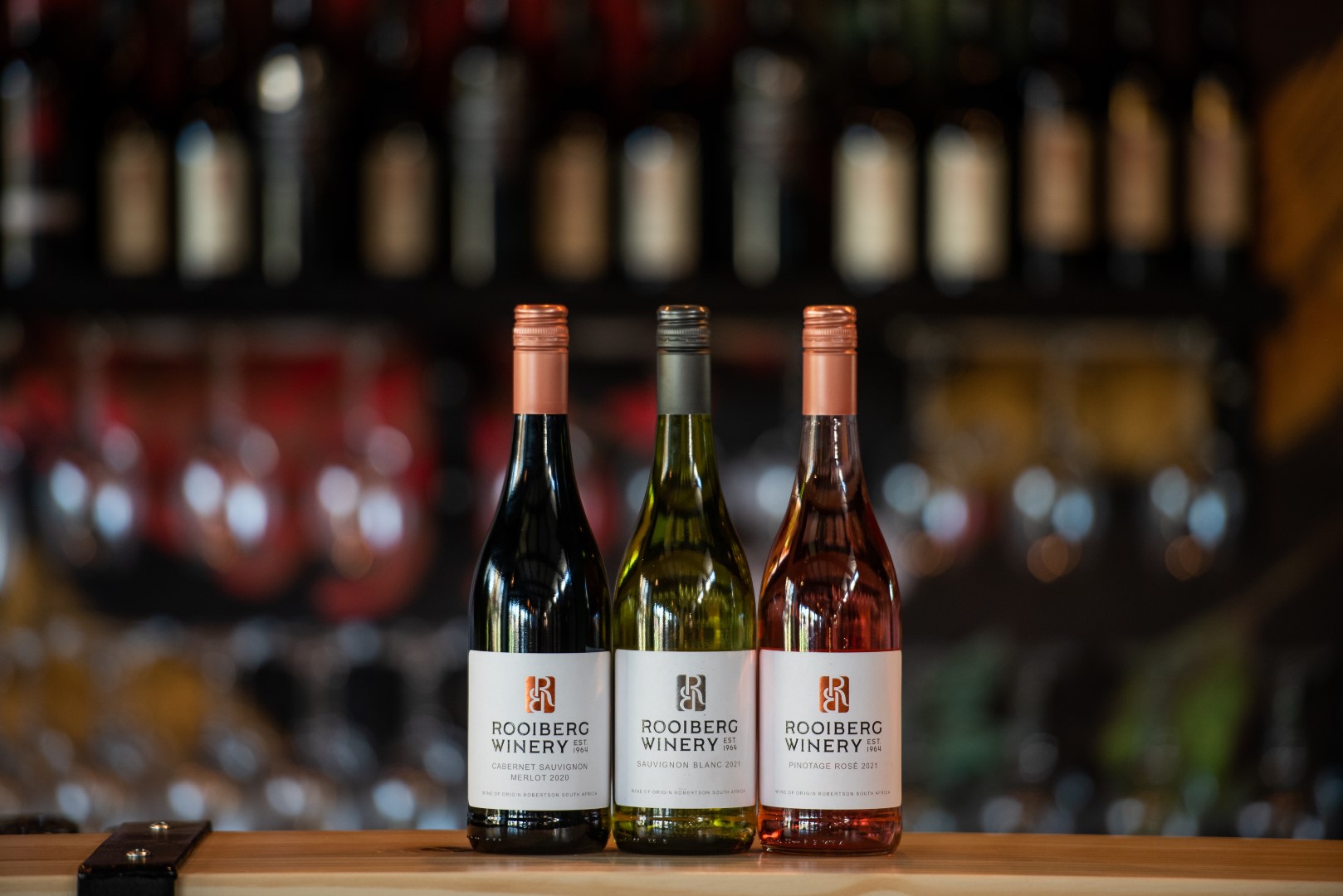 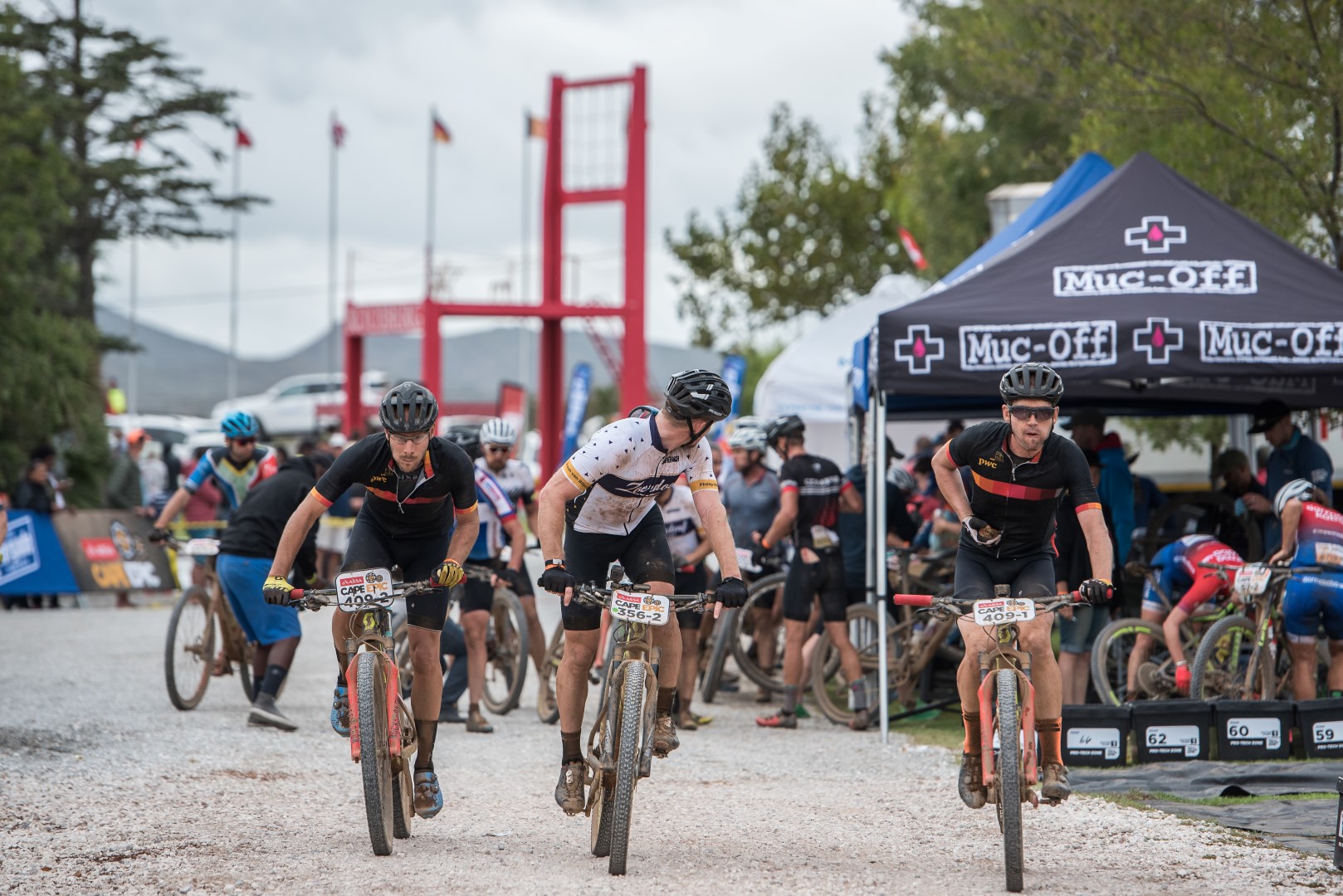 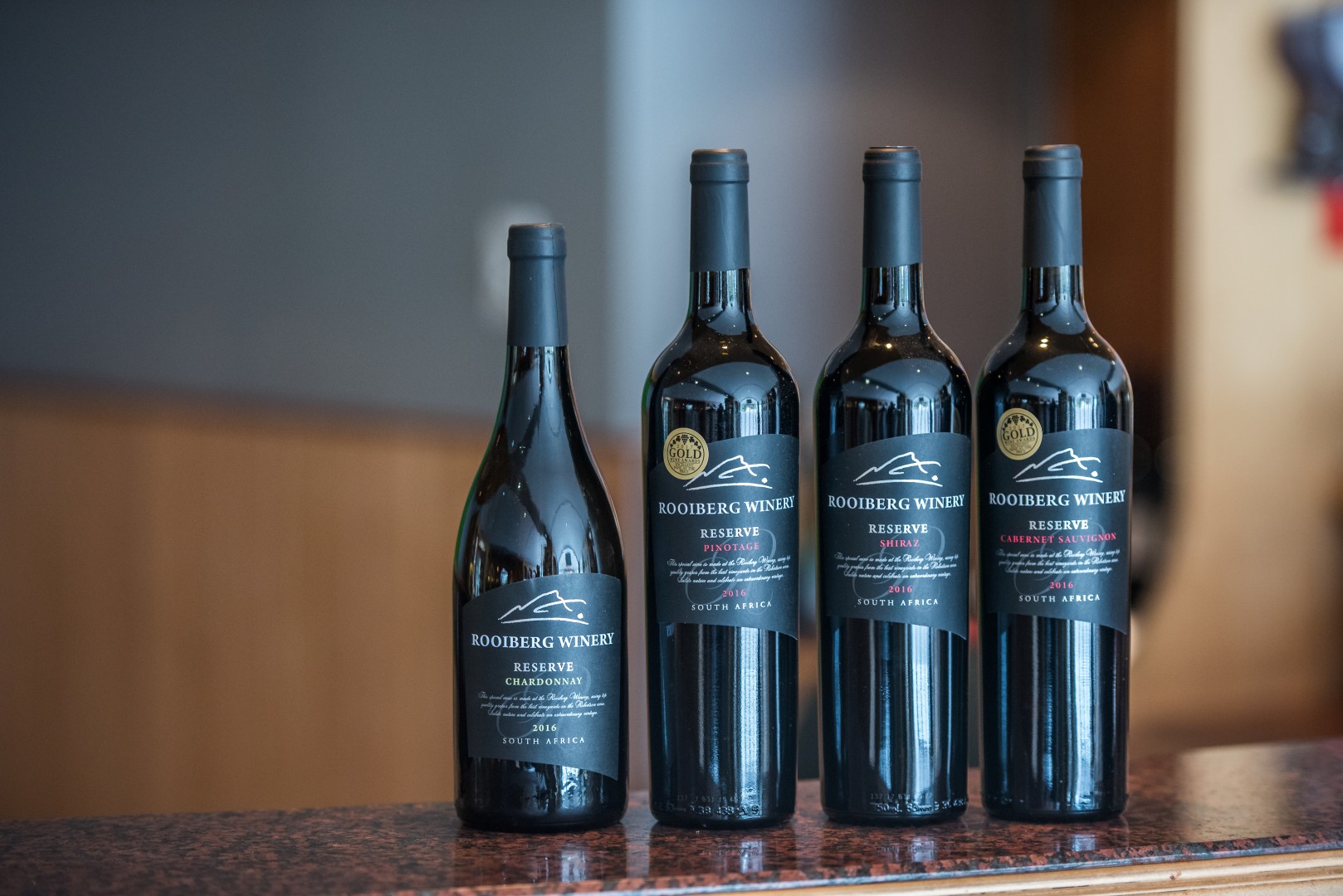 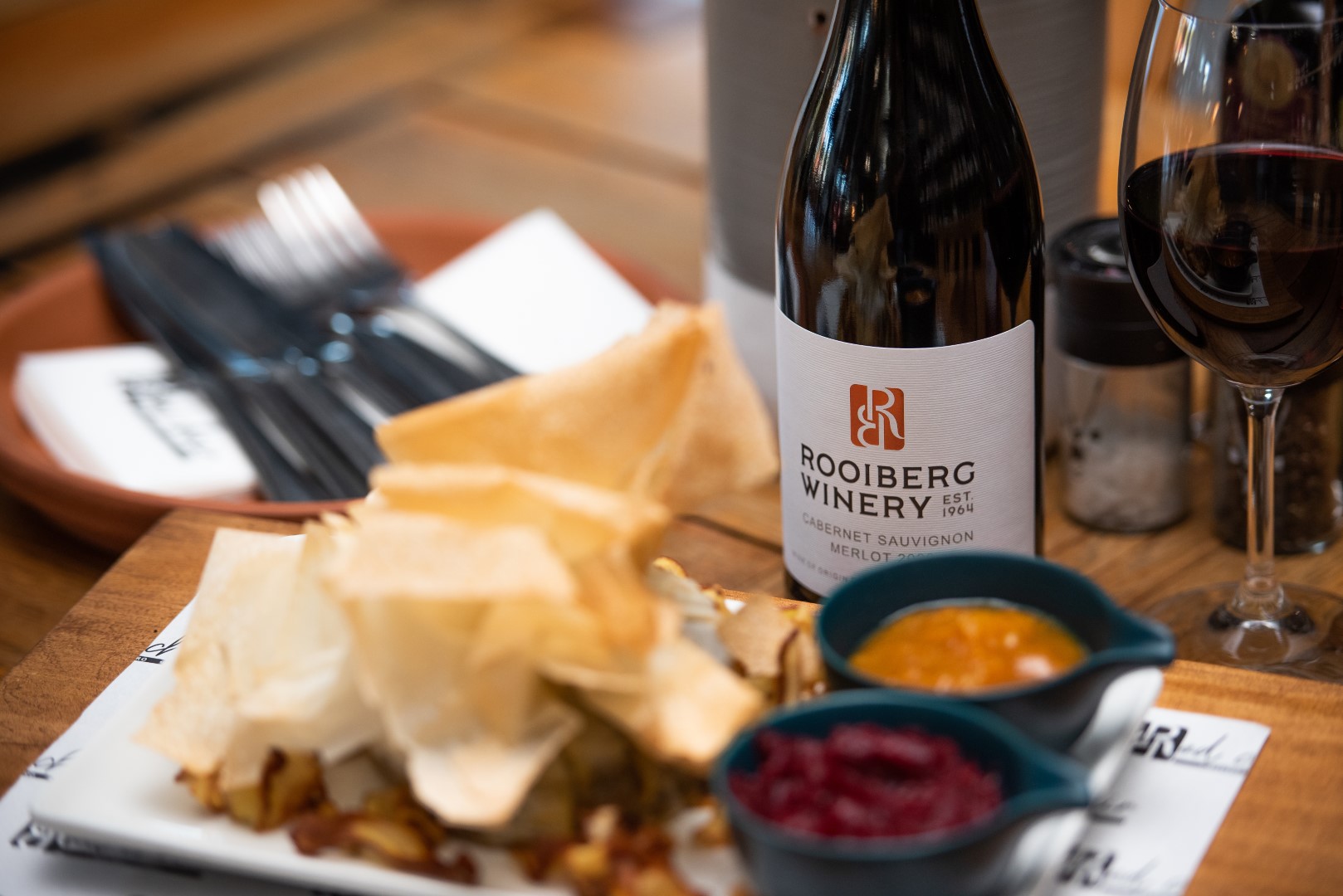 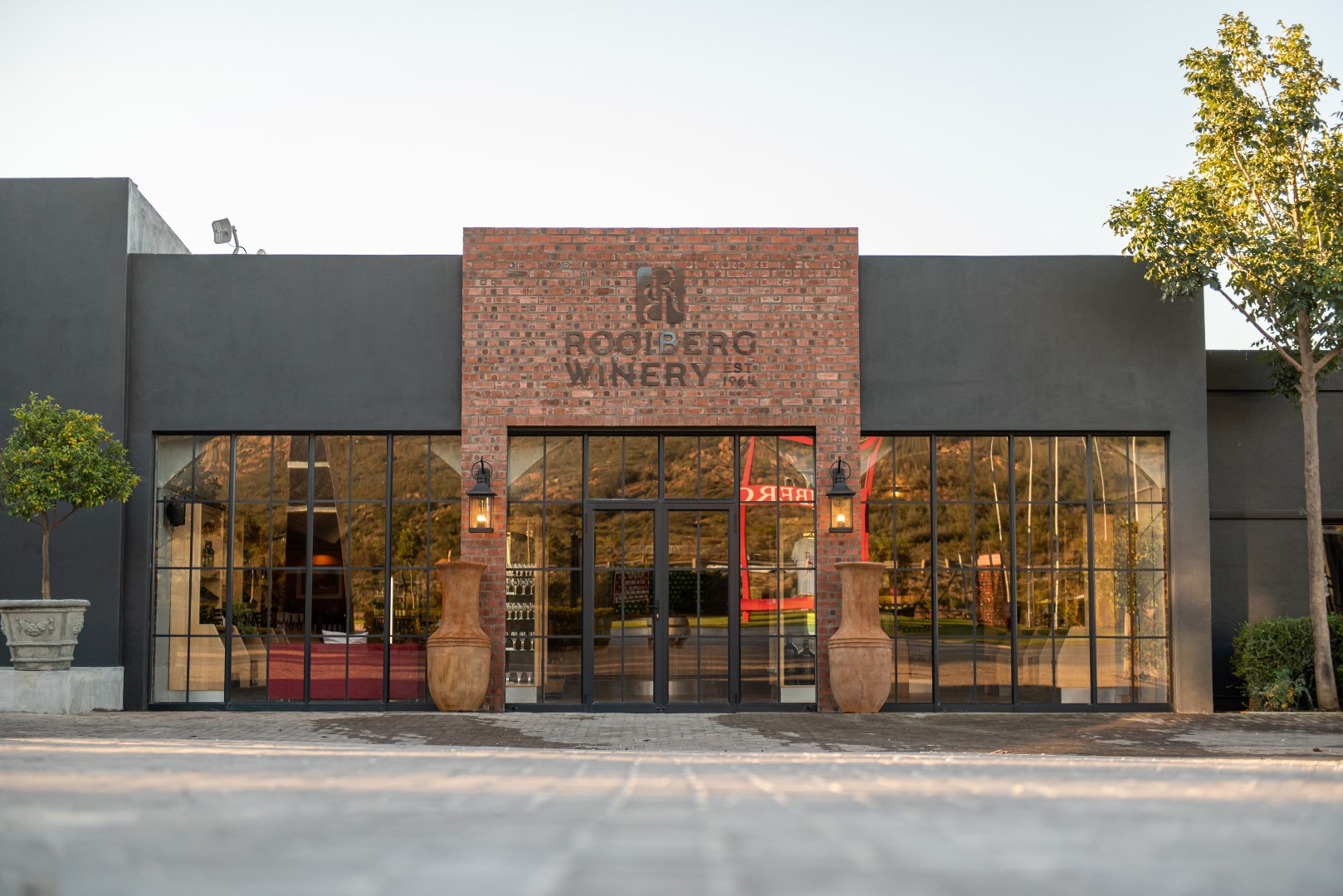 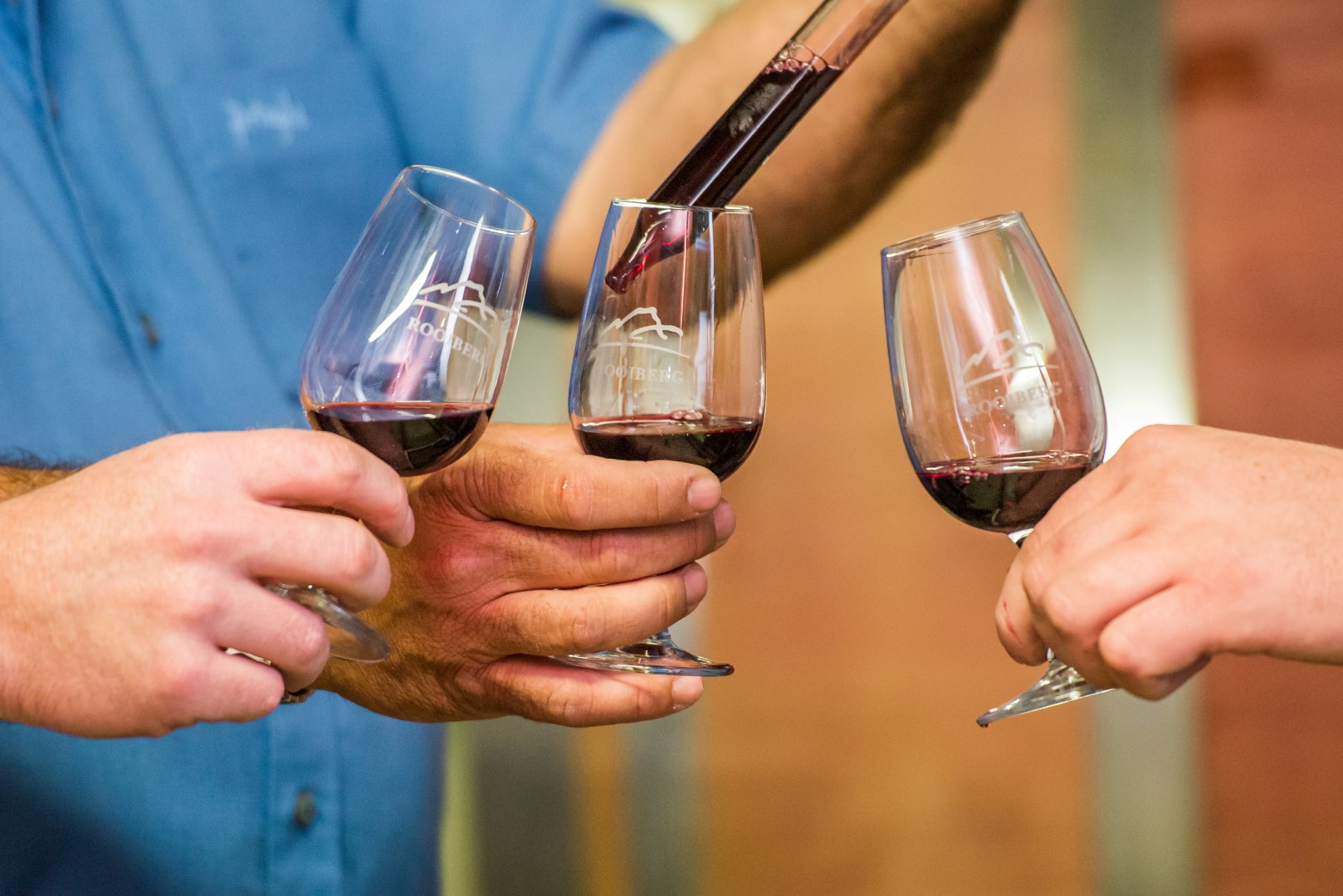 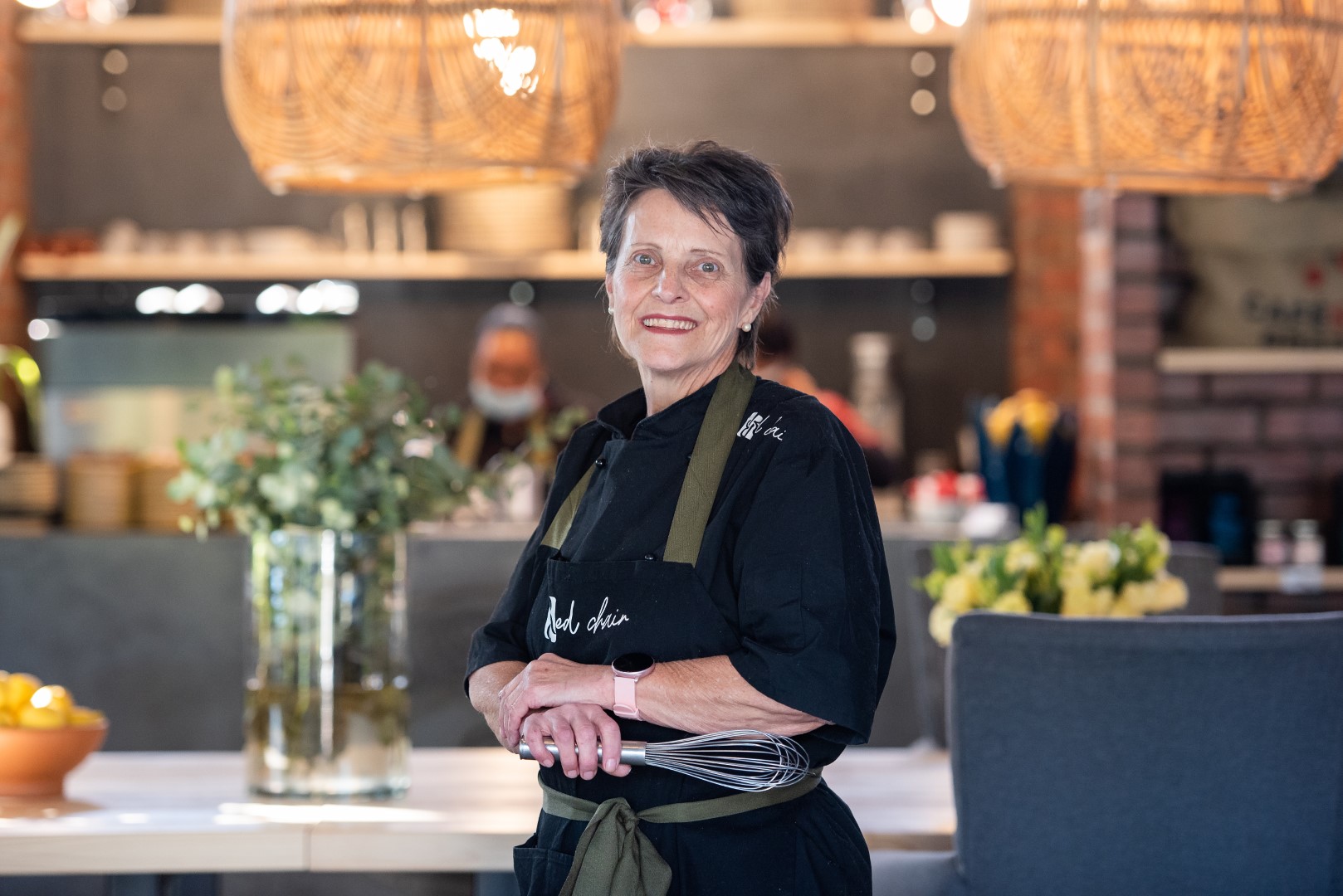 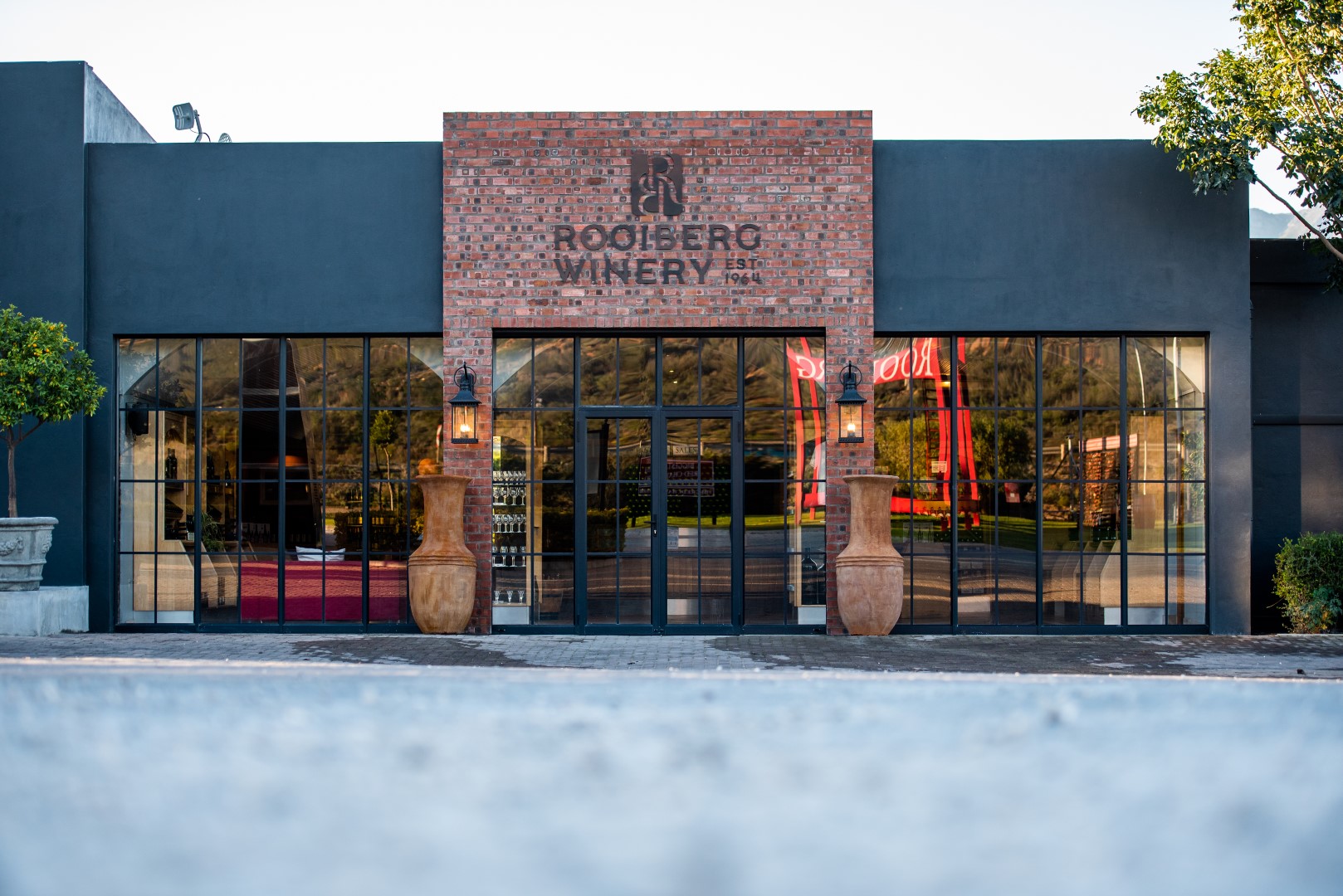 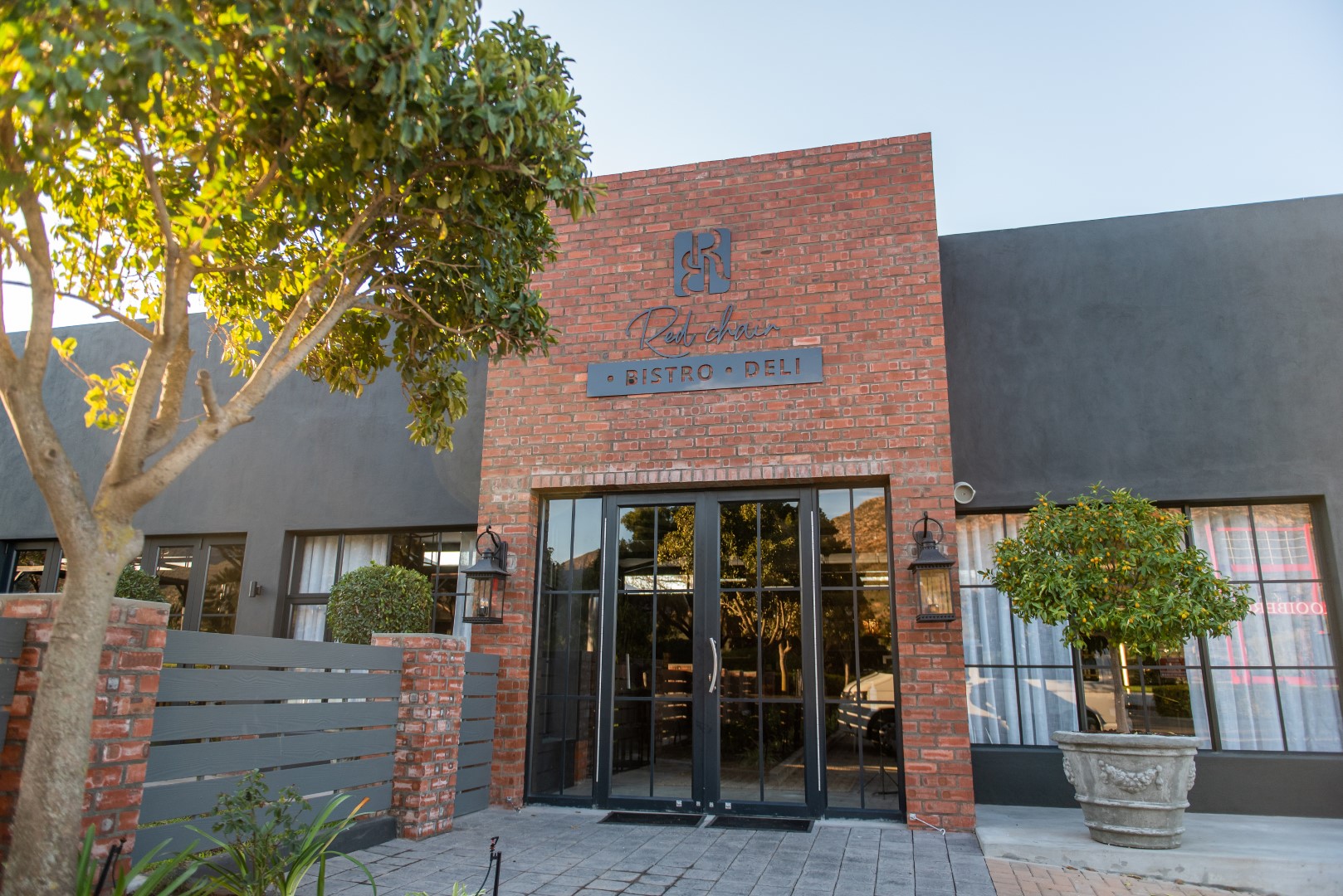 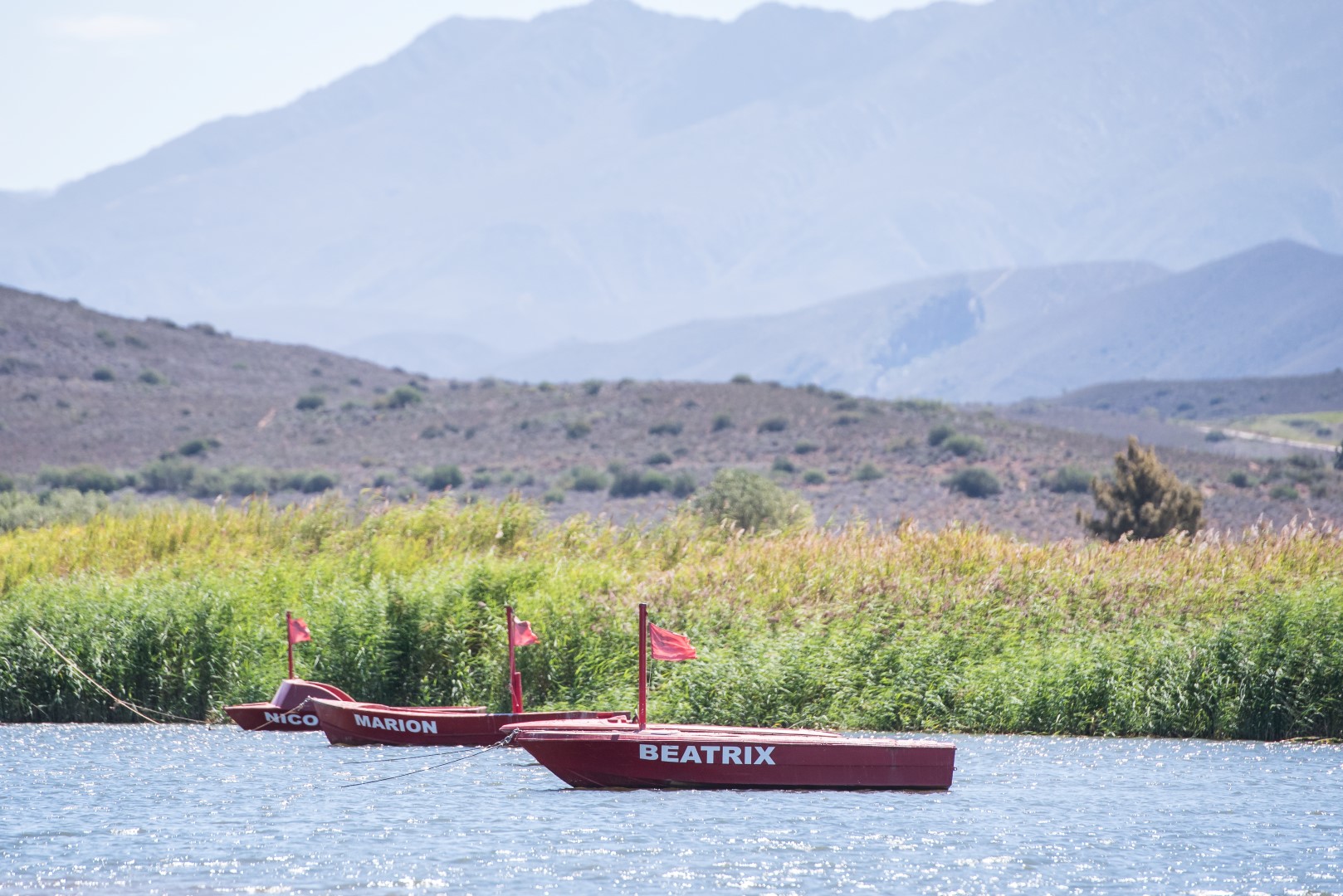 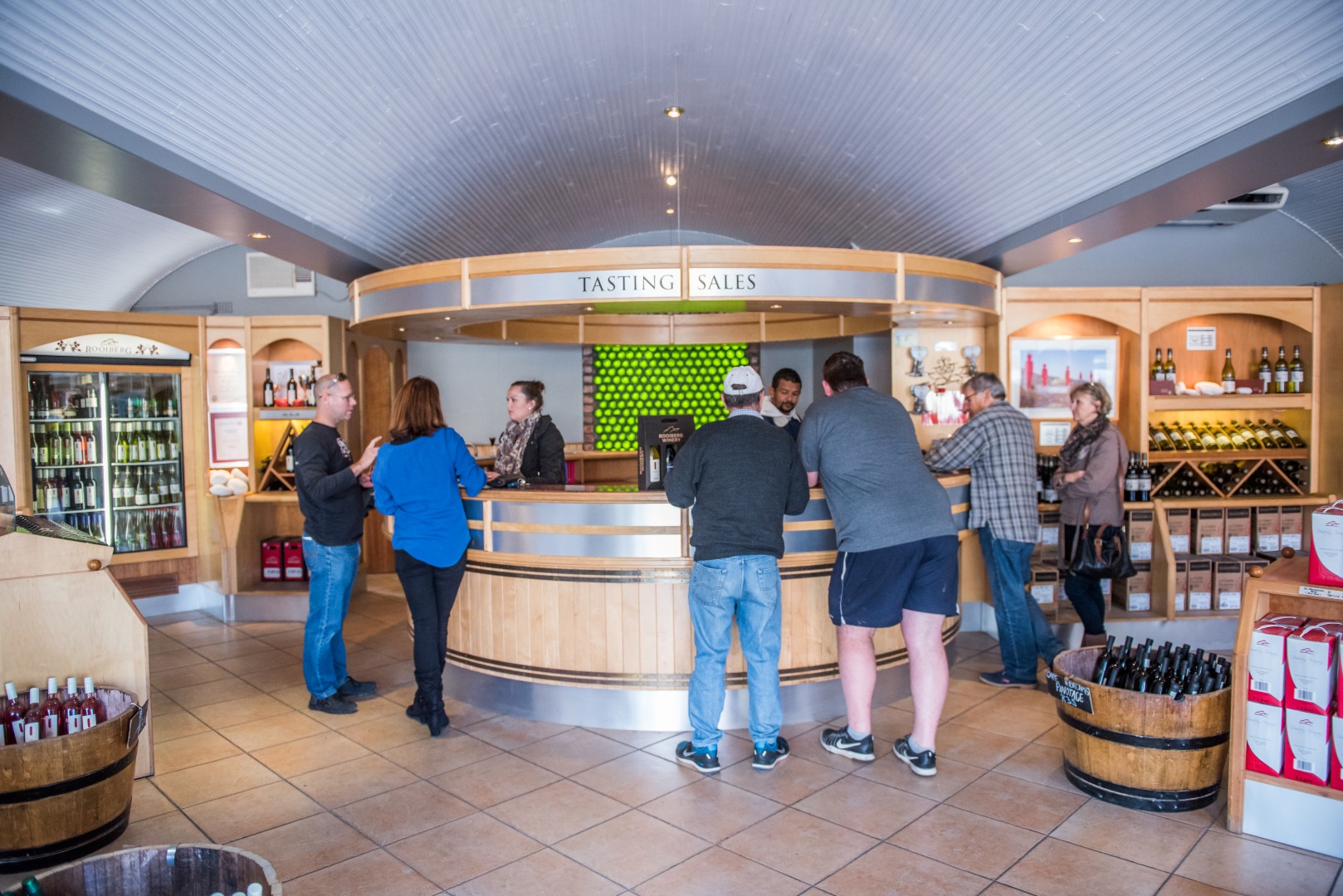 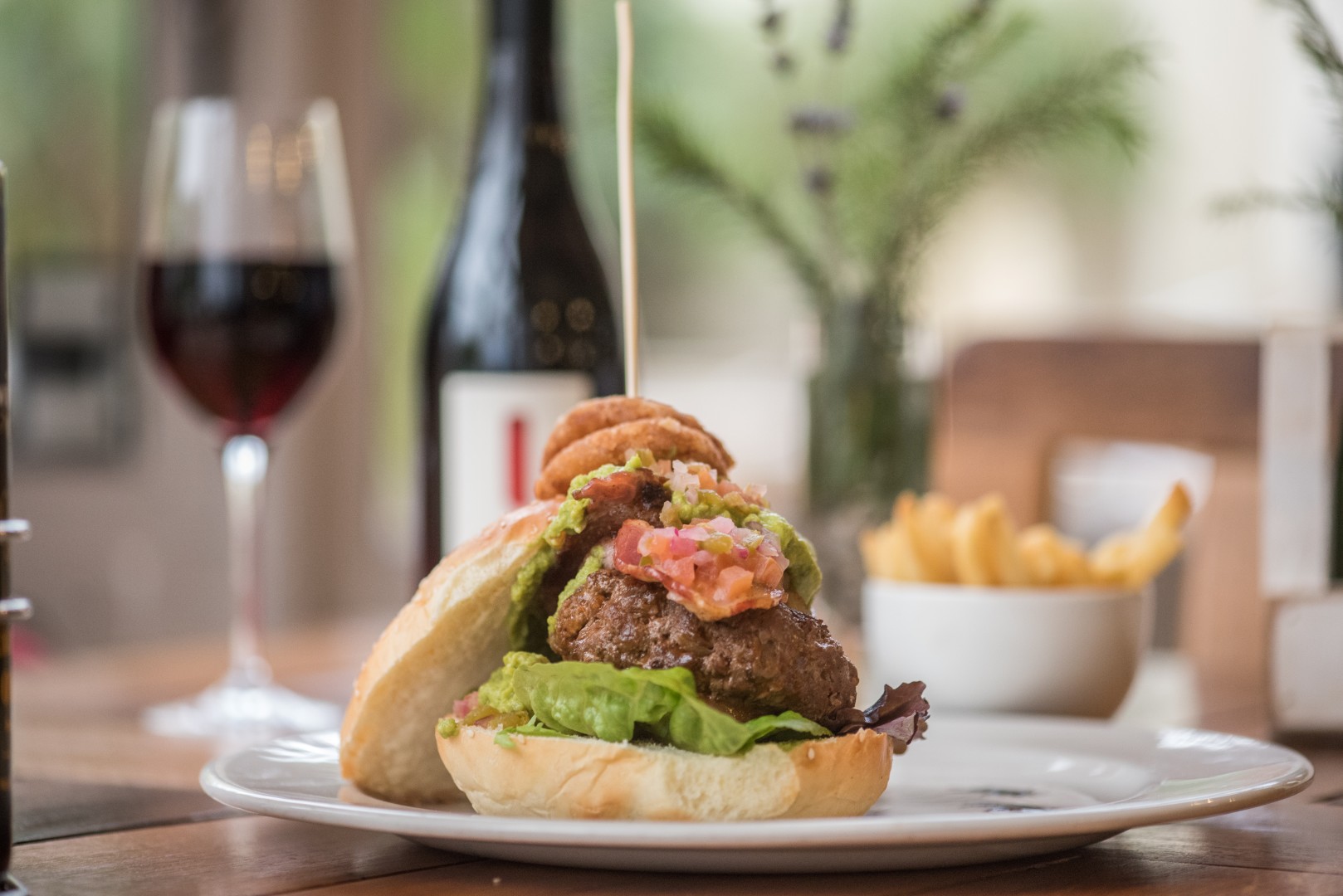 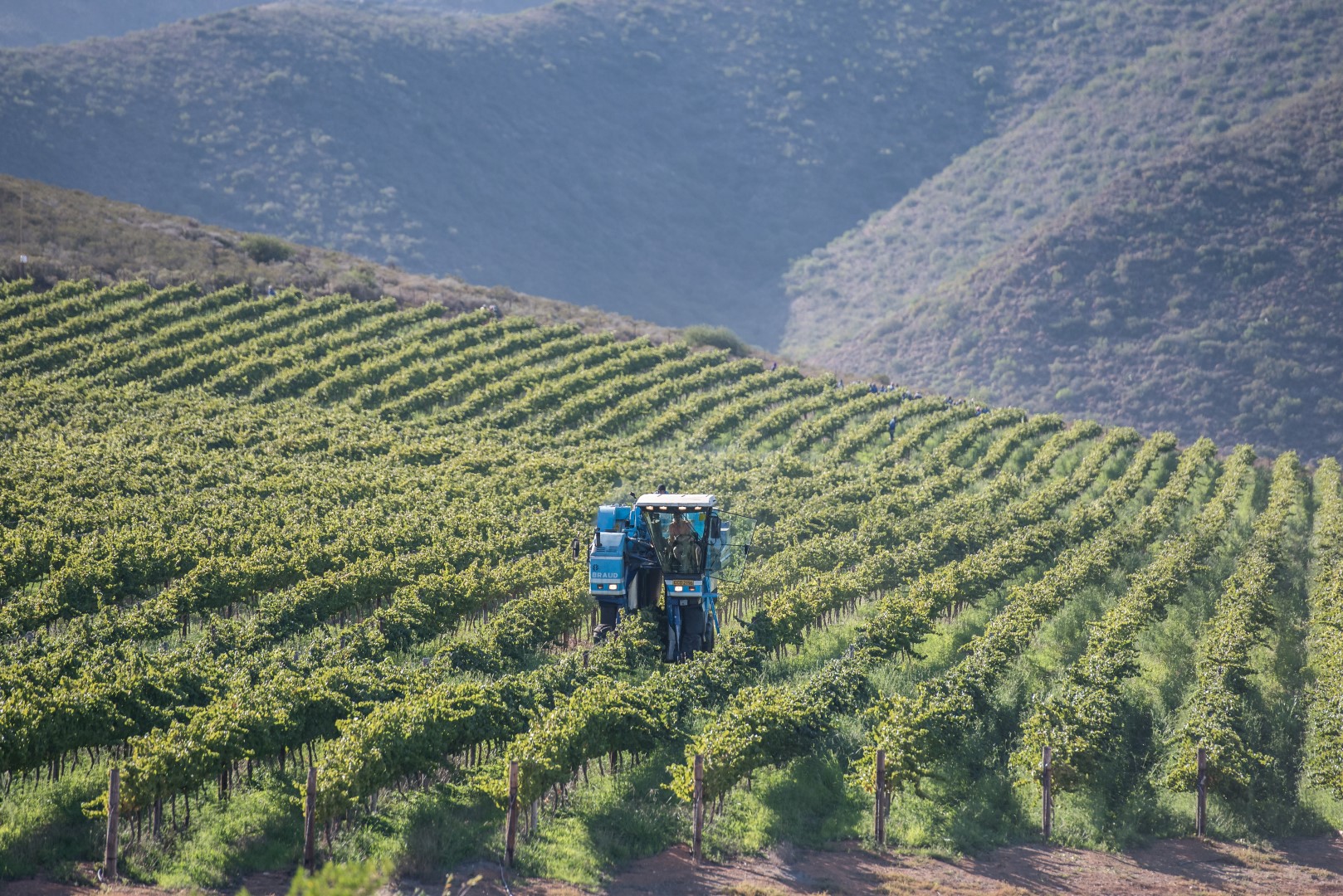 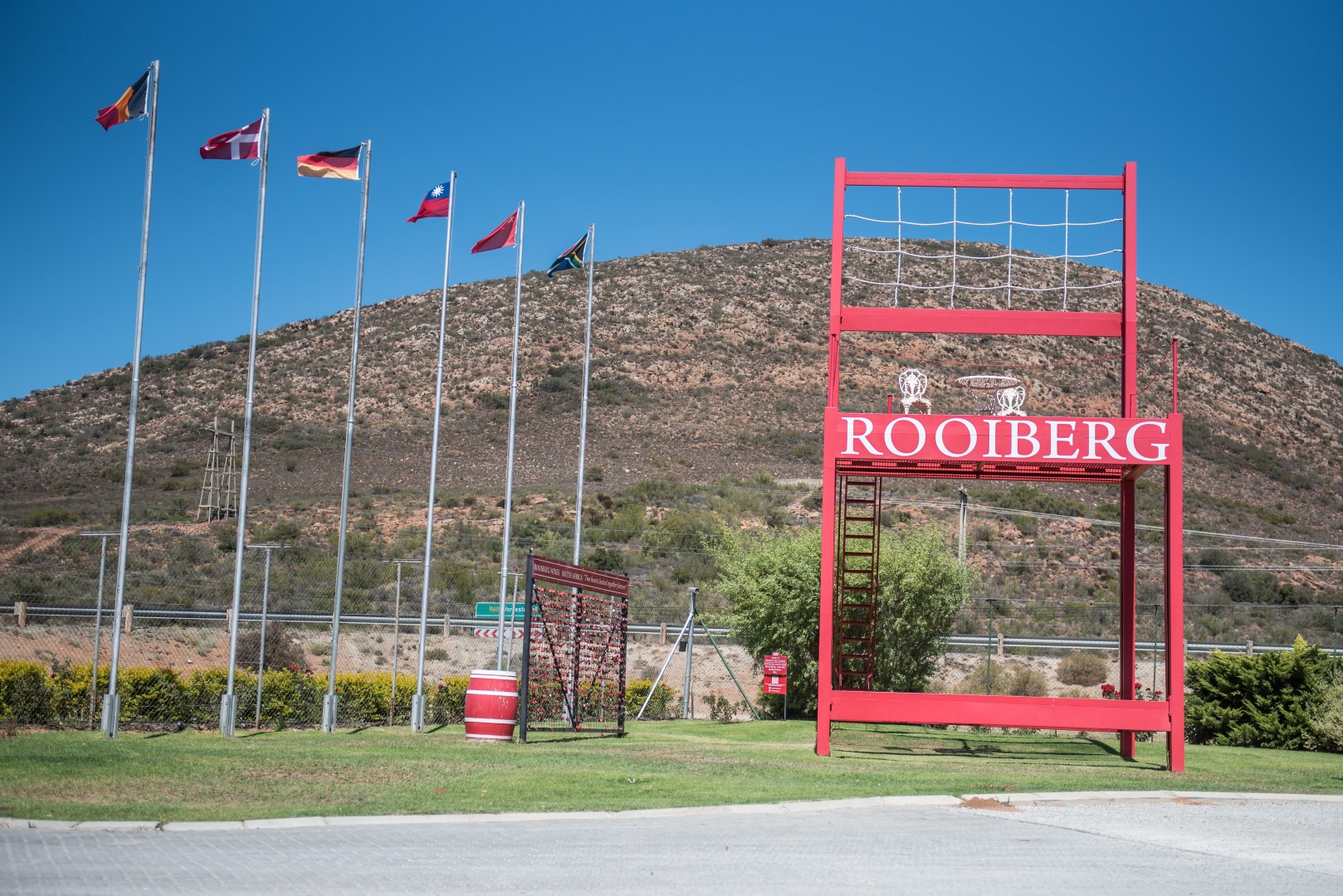 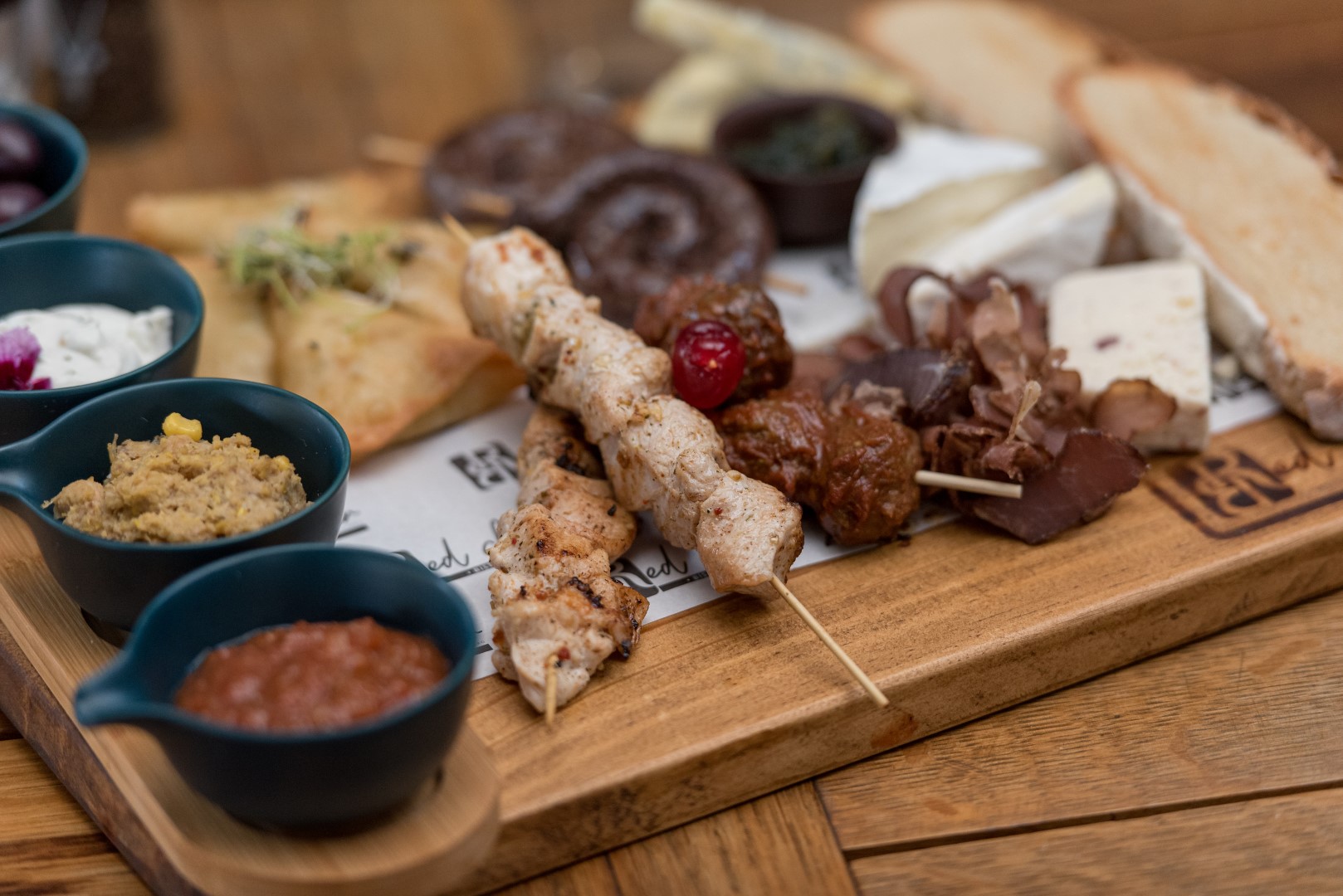 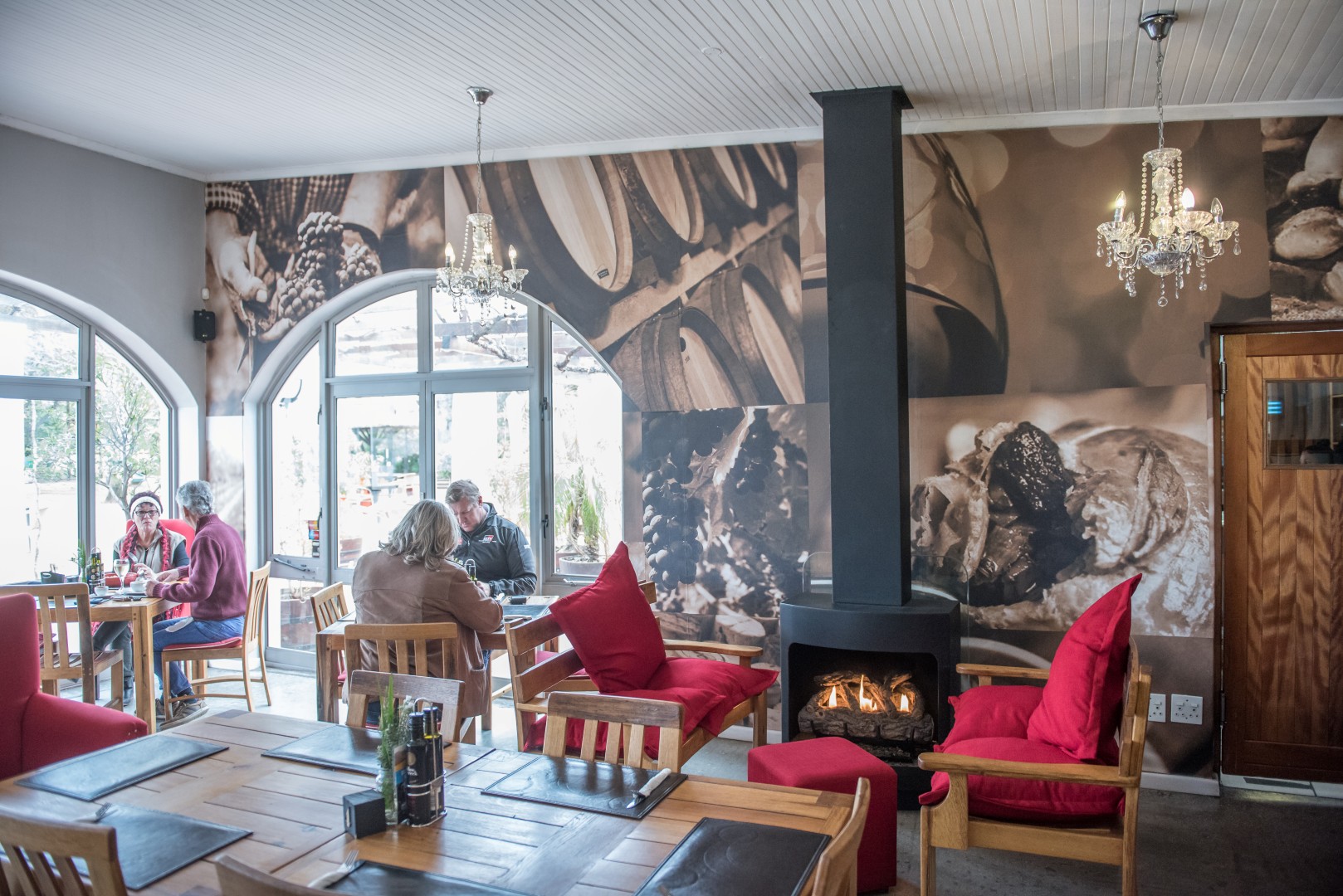 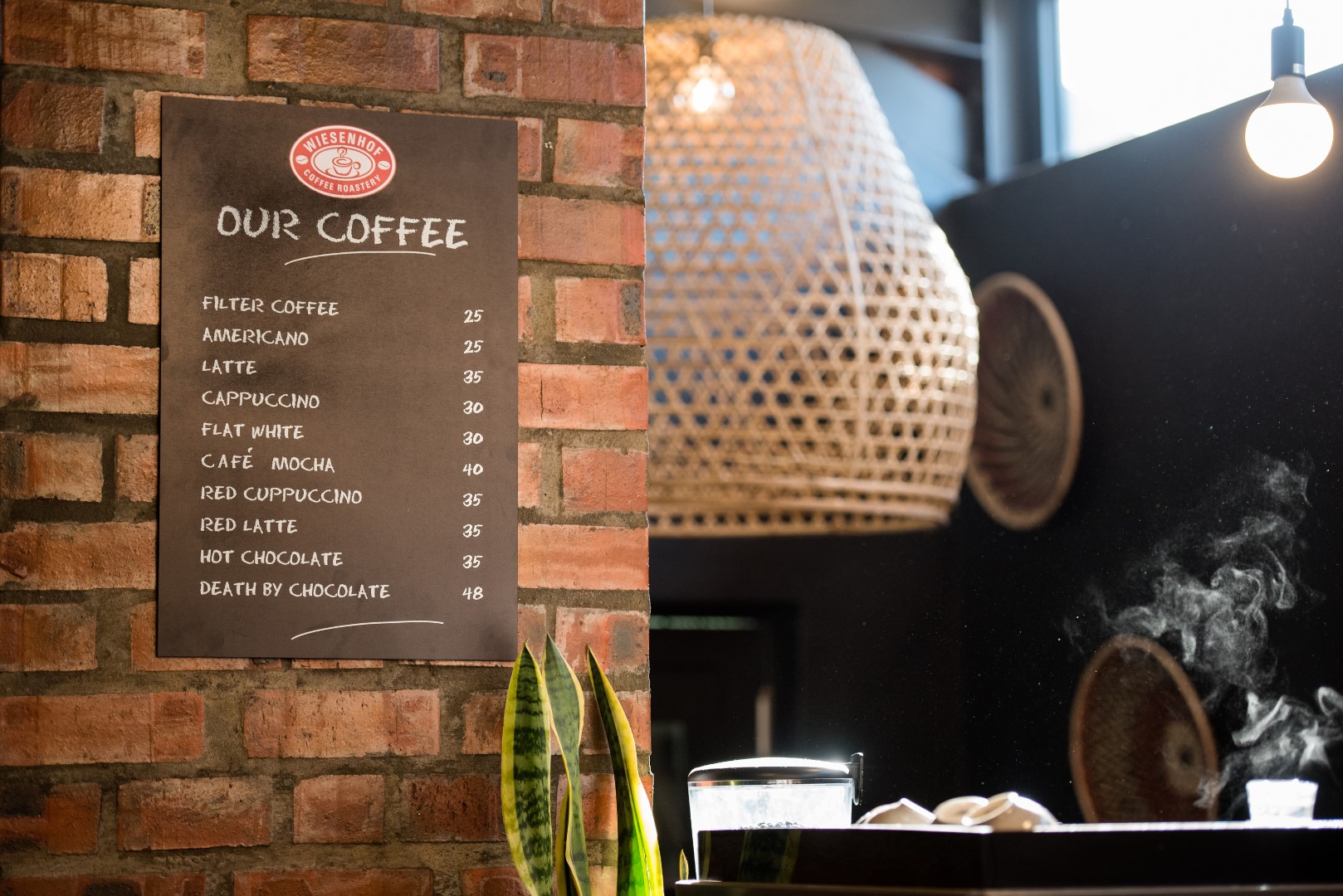 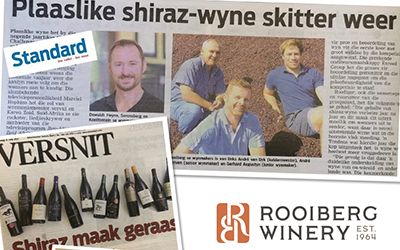 The Local Shiraz’s Stood Out In The Shiraz Sa Challenge!! 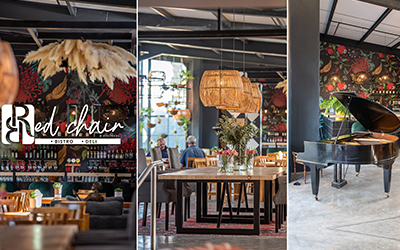 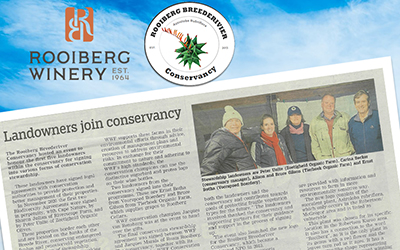 In a bygone era we would pack the car with more food than family for a holiday or weekend away. But, life has changed and the tradition of stopping for ‘padkos’ has largely fallen by the wayside. Red Chair Bistro & Deli at Rooiberg is the ideal place to stop and rejuvenate through some down time. Enjoy our beautiful mountain views, award-winning wines and wholesome food. Nourish your body while you watch the world rush by and remember, that life is a journey; so slow down and enjoy the ride. 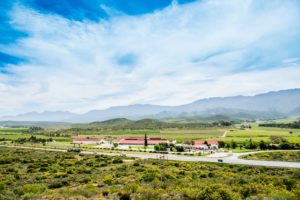 NOT FOR SALE TO PERSONS UNDER THE AGE OF 18